Your Workplace Can Help Create an Australia Where Women are Safe, Equal and Valued

A Guest Post by Patty Kinnersly
CEO at Our Watch

The violent killing of Hannah Clarke and her three children – Lainah, Aaliyah and Trey – is a terrible reminder that violence against women is the national emergency that this country continues to face.


As tragic and distressing as this news is, it is not a shock. Unfortunately, violence against women in this country is far too common.

On average, a woman dies violently every week in Australia, usually at the hands of someone she knows.

Most of these murders take place in the home and are often the final brutal act after a long history of violence.

Yet the murders are just the tip of the iceberg. For every woman murdered, many thousands are living with violence and abuse.

We all have a part to play in creating an Australia where women are not only safe, but respected and treated as equals in private and public life.

As individuals, it starts with calling out sexist or derogatory comments at work, at home or in social situations.

As parents, it is as simple as modelling behaviours that promote gender equality and by expanding our children’s options beyond the confines of blue or pink.

As workplace leaders, you can influence your communities far beyond the service or product you offer.

This is not just because sexism occurs in workplaces or because violence at home can have impacts at work, but because every workplace conversation, policy and action can either reinforce or challenge gender inequality and the attitudes, norms and practices that drive violence against women.

Workplace gender equality is also associated with a range of positive outcomes for individual businesses and for the national economy.

Achieving gender equality and preventing violence against women is not just about changing individuals – it’s about changing the society and culture in which individuals develop their attitudes and learn about acceptable behaviour.

Through the leadership of all levels of government, workplaces, schools and sporting clubs we can build the momentum needed to tackle gender inequality.

We all must be bold in speaking out against sexism, gender inequality and violence.

Only then will we create the cultural change needed to prevent violence against women and their children. 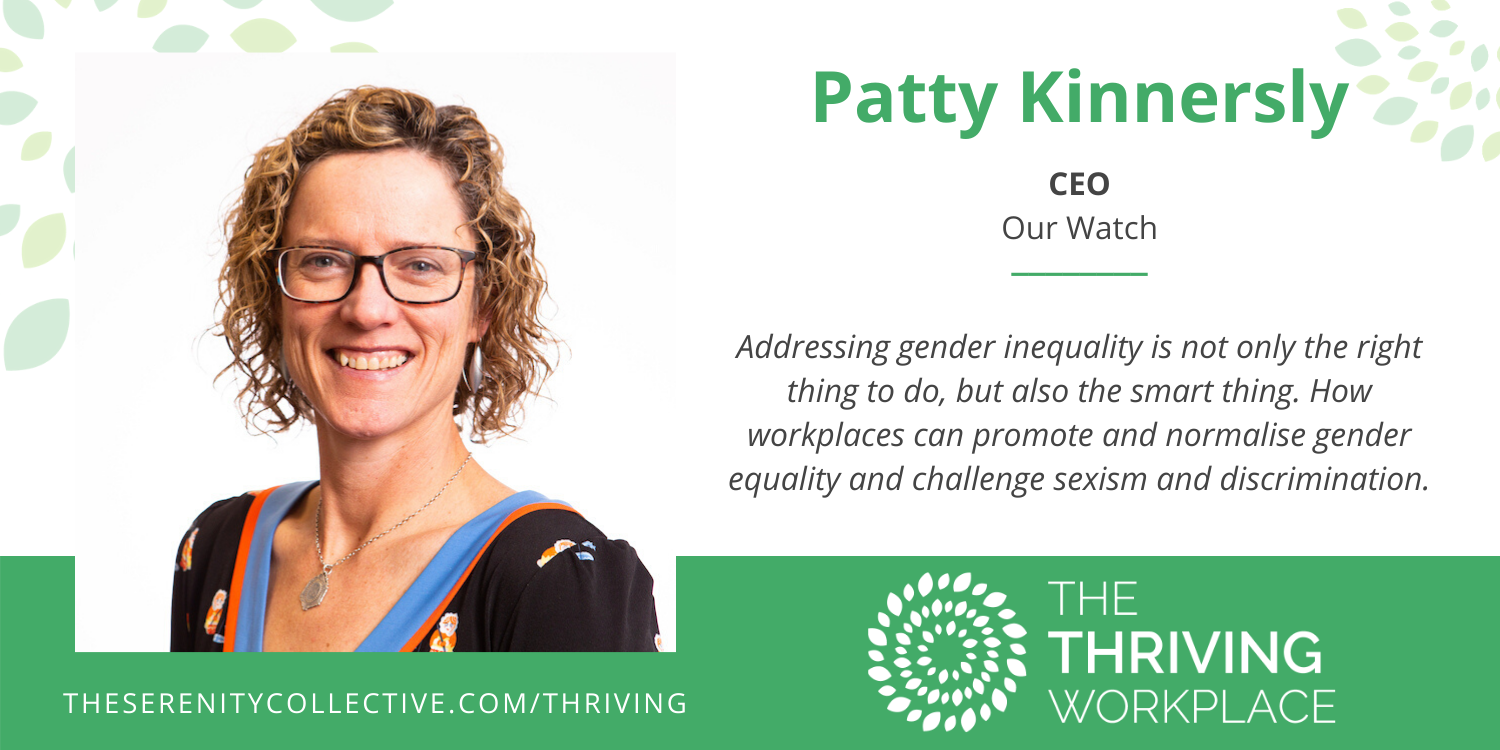 One organisation in Australia that already has a dedicated policy towards domestic violence in Australia, is Medibank.

Karen Oldaker from Medibank will be joining Patty Kinnersly on stage at The Thriving Workplace in May to explore in detail how policy, equality and culture transformation in workplaces across Australia can change the story of domestic violence in our country. 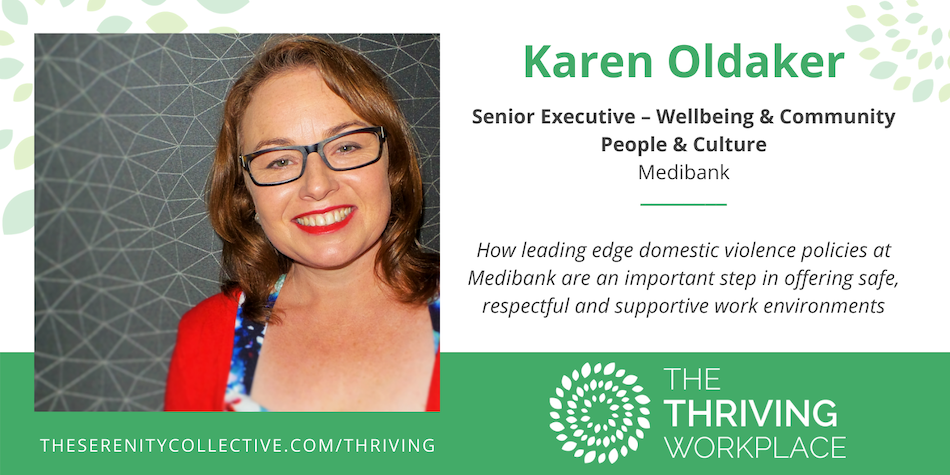 We invite YOU to be part of this important conversation. There IS JUST 1 DAY REMAINING to get your hands on 2-4-1 tickets!!