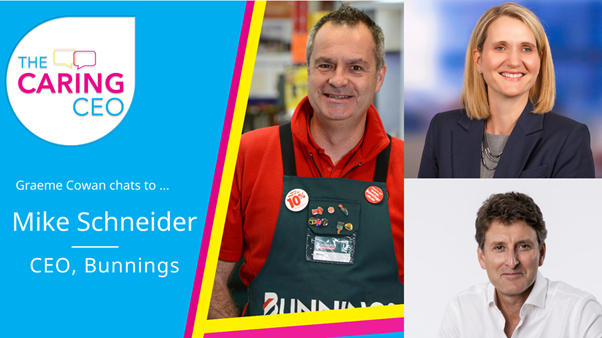 Let’s face it, work has been very challenging for many of us in the last year.

Recent research by SuperFriend of 10000+ employees, shows that 42% of us have had mental health issue in the last year.

Successful leaders recognise that having a mentally healthy culture is the #1 priority for employees when evaluating a workplace. This top rating was confirmed in recent Atlassian and PwC research, which also showed that 69% of those surveyed would turn down a promotion if it compromised their mental health.

Future ready leaders recognise that they play a crucial role in creating a winning culture, and central to this is leading by example, and not being afraid to be vulnerable.

Earlier this year we launched The Caring CEO podcast, and I have been fortunate to interview 22 inspiring CEOs from the corporate, government, and not for profit sectors. We describe a caring CEO as a senior leader that strives for both a culture of care AND high performance. They are of course all individuals, but in addition to practicing self-care, also demonstrated 3 qualities which helped to promote a mentally healthy workplace.

Mike Schneider, CEO of Bunnings, is guided by his 4H’s of leadership: Honesty, Humility, Helpful, and Happy. He shared with his team members (there are no employees at Bunnings – only team members) how hard it was for him when their expansion into the UK was unsuccessful.

He explained that he needed assistance from a mindset coach to cope with this significant setback (he also has a business and a running coach). He encourages his team members to seek help if they or their family are struggling and regularly interviews physical and mental health experts, broadcasting these sessions to all employees to be watched live or when convenient.

When people ask Mike what he does he answers, “I work at Bunnings”. They always respond, “Which store?”

Despite an incredibly challenging retail environment, Bunnings has performed very well and has been rated the number three most trusted brand in Australia during the pandemic.

Not afraid to be vulnerable

Ellen Derrick, Managing Partner of Deloitte Management Consulting, is open about the challenges she has with her daughter Kate, who lives with cystic fibrosis and diabetes. Despite her very challenging role, she often explains how much she has learnt about resilience from her.

When Kate was hospitalised this year, Ellen shared her crisis wellbeing plan on a LinkedIn post, including cutting herself some slack, taking care of herself first so she can take care of others, finding joy in the moment through friends, music, and comedy, keeping her schedule as normal as possible, and knowing I am learning lessons that will serve me well.

The responses to this post from Deloitte’s employees and clients showed how much she is admired and supported.

When Steven Worrall was appointed Managing Director of Microsoft Australia, he also needed to support his father dying at home from cancer and his mother with dementia. Not surprisingly it was a big test of his mental health which led him to talk frankly about his challenges with his team.

Physical exercise and mindfulness are key elements of his own wellbeing plan. Being in the turbulent technology sector, he has made the mental health of his employees a top priority. This has been rewarded (along with other strategies) by 93% of Microsoft employees rating it a great place to work (versus an Australian average of 55%).

One of the strategies he attributes to this very high score is sharing how important Microsoft’s work is. He challenges employees to use their strengths and technology to solve problems. His passion for purpose also extends beyond Microsoft.

He is the inaugural Chair of the Corporate Mental Health Alliance, a group of CEOs, and other senior leaders committed to improving the mental health of their workplace. They are business led and expert advised. When asking for permission from Microsoft’s global CEO, Satya Nadella to commit to this project, Satya replied, “Why are you asking? Just do it.” Encouraging employees to pursue purpose has been central to Microsoft becoming the world’s most valuable company.

Not surprisingly, Schneider and Derick are also foundation members of the Alliance.

The traditional view of a CEO as someone invincible and who has all the answers just doesn’t cut it in the new world of work. What happens when a manager admits they are not invincible, and makes selfcare and mental heath a priority?

One study of 19000 employees showed that only 25% felt that their leader modelled selfcare and sustainable work practices. Those one in four leaders’ employees were shown to be 55% more engaged, 72% higher in well-being, and 77% more satisfied at work. They also reported more than twice the level of trust in their leaders.

The #1 predictor of a mentally healthy workplace is having leaders who are humble, purposeful, practice selfcare, and aren’t afraid to be vulnerable.

You can meet Graeme Cowan at The Thriving Workplace event in February 2022. You can join us too! 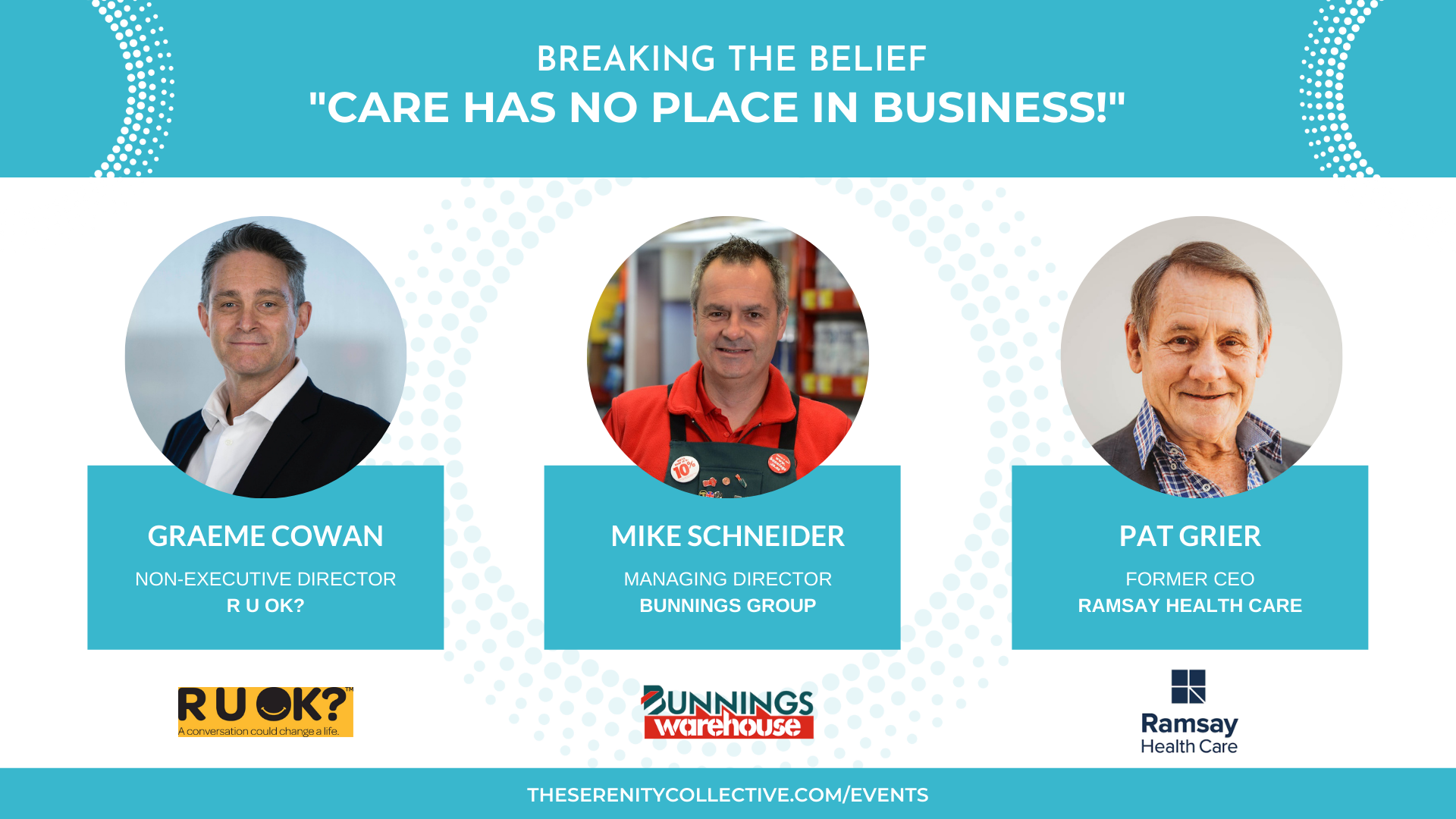