The focus on forging high performance in the workplace is not new. For the last 40 years High Performing Teams has consistently appeared in the top 10 business topics. Our thinking has been shaped by concepts of staff engagement to drive up performance, the importance of performance metrics, the work of Patrick Lencioni on the power of embracing conflict and building trust, the notion of moving through team stages and so on. But what if the road to superior performance is not accessible by focussing on performance?

The extensive resources available on high performance provide useful focal points on goal setting, team dynamics and engagement levels but what if it is only possible to shift towards peak performance by taking the focus off performance?

Firstly, what is meant by Peak Performance?

The two are not mutually exclusive but rather inter-dependent and nowhere is this more evident than it is in leadership roles.

Many factors contribute to a peak performing organisation, not the least being the critical connection between your strategic and cultural vision, a focus on the larger system rather than teams in isolation, leadership development as a cohesive pathway rather than a set of development events and the list goes on.

So where to start? Lets begin with a new take on purpose and values.

Purpose is a core driver of vitality. When people are connected to a strong purpose they achieve significantly greater fulfilment in their work and thereby achieve more. Purpose as a concept has been featuring in strategic planning more and more but are we leveraging it fully? For leaders Purpose is not a set and forget task. Often overlooked is the need to stretch the purpose beyond your benefits to your immediate customers and aspire to positively impact society at large. Qantas has leading principle to “bring people home”. This impacts loved ones who have not bought a ticket on a Qantas jet. Functions, roles and individuals need a clear line of sight to your overarching purpose. A stated purpose that is limited only to customers (which actually is more of a brand attribute) may speak more to those in front-line roles and alienate those behind the scenes. Yet a larger purpose that spans society has a better chance of creating glue and helping to overcoming the perennial silo mentality.  The purpose of Disney is to “make people happy”. This could apply to a co-worker!

Expanding your Purpose outwards need not make it impersonal. Supporting your staff to dive down into their own personal sense of purpose will support purpose to embed for the longer term. A useful question to ask employees is “what gives you purpose?” rather than the potentially confronting question of “what is your purpose?”

Vitality can be easily undermined by any threat to our sense of belonging. Interestingly it is the newcomers in an organisation who are most oriented to this core human instinct to belong. More senior leaders have often detached a little and hold the need to belong much more loosely. This in itself can create a disconnect and result in leaders ignoring an unspoken language that is central to the health and vitality of the organisation. One mechanism to contribute to a greater sense of belonging and workplace tribe is authentic values. Too often there are two sets of values – the stated ones that embellish the walls and corporate communications and the enacted and experienced values that bear no resemblance to the slide deck. If you are striving for peak performance its time to get real about your values and audit your culture for any incongruence.  The simple acknowledgement of where any disconnect is occurring can release significant flow and vitality into a depleted environment.

The quest for peak performance need not be seen as attaining the holy grail. It could begin with a very practical question of, “What is depleting vitality in your workplace and what can release the energy store you have yet to tap into?” 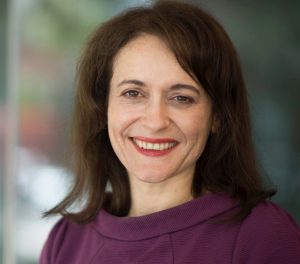 Vanessa is a systemic leadership coach who founded coaching and consulting firm Leading Well on the belief that leadership and wellness belong together. Through her extensive experience in mentoring and coaching leaders, Vanessa has found that companies that thrive ensure they raise the overall wellbeing of their people. Vanessa has recently co-authored three books with international coaching and mentoring export David Clutterbuck from London University for Sage Press including Coaching Best Practice Asia Pacific and the Sage Handbook of Mentoring. She is also authoring on Team Coaching currently. Vanessa’s clients include Dept Family and Community Services, Lifeline, GreenPeace, The Commonwealth Bank of Australia, RSPCA, Vinnies, The Garvan Institute, MINDD.org, Australian Dept of Defence, Australian Sports Commission, The Royal Australian Navy, AirServices and Spirit of Tasmania. Vanessa is a registered Psychologist specialising in organisational system dynamics; a coach supervisor and trainer and a member of the European Mentoring and Coaching Council (EMCC).